Sonny Dykes’ TCU tenure gets started with a road trip to Colorado to face the Buffaloes on Friday night.

It won’t be easy walking in the footsteps of Gary Patterson, TCU’s legendary head coach. However, Sonny Dykes just might be able to pull it off.

It’s not Patterson’s 181 wins, but Dykes has enjoyed considerable success whenever he’s arrived on the college football scene.

And this time he made the drive not far west on the I-90 from SMU in Dallas to the TCU campus in Fort Worth, where he’s taking over a program with a pretty good base. Some say it’s even worthy of a surprise Big 12 championship this year.

“TCU is about winning championships,” said Dykes, a 71-63 head coach with the Louisiana Tech Bulldogs, California Golden Bears, and — from 2017 until the end of last season — theSMU Mustangs. “I want to coach in this kind of environment where there has been that level of success and there’s that level of expectations, as well.”

Those expectations begin Friday night in Game 1 of TCU’s Dykes era at Folsom Field in Boulder against the host Colorado Buffaloes.

The Pac-12 opponent is likely looking at a transition year. It’s the third one for Karl Dorrell, who’s tasked with trying to rebuild the Buffaloes after the team finished just 4-8 in 2021 and then lost a lot of talent through the transfer portal.

So the challenge is on for Dorrell, whose squad is being picked by many pundits to finish last in the Pac-12. That’s a far cry from the positivity put on TCU heading into the Week 1 matchup. 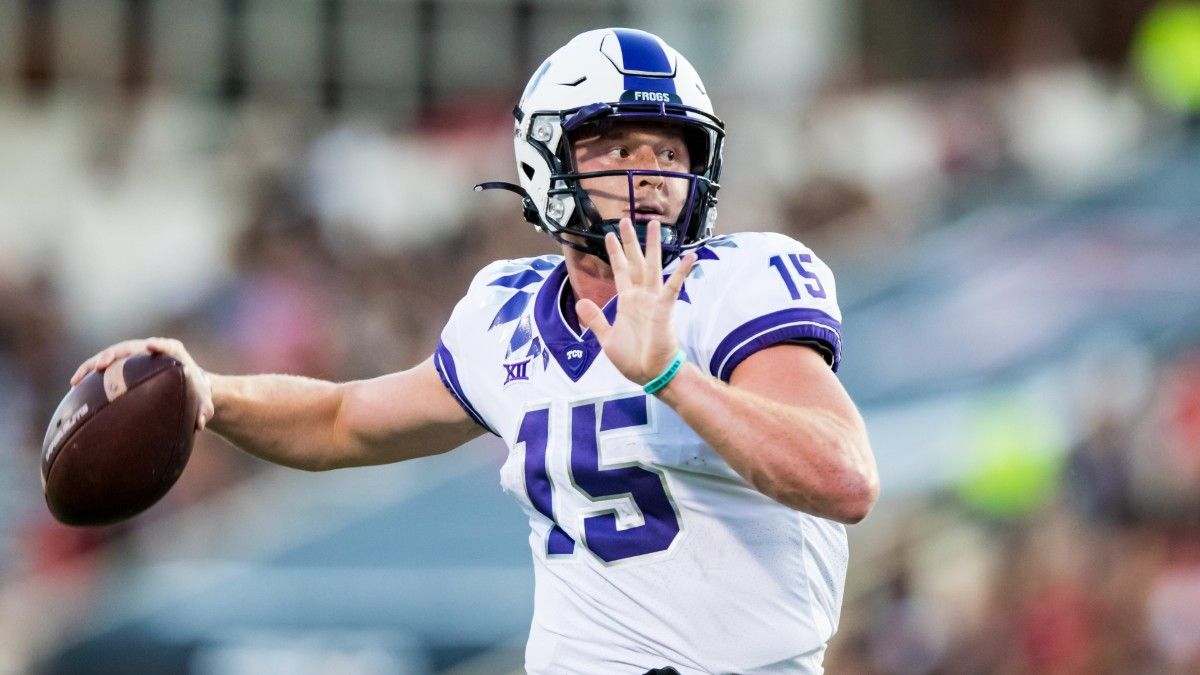 When TCU Has the Ball

Dykes’ first decision is to figure out his leader on offense. So who’s it going to be at QB for TCU?

The best bet, it would seem, is senior Max Duggan, who’s a 29-game starter for the Horned Frogs. But redshirt freshman Chandler Morris has quite the résumé with a 531-yard outing from 2021. Then there’s redshirt freshman Sam Jackson tossed one ball last season, but it was a biggie for a 77-yard hook-up with Taye Barber.

“I think we’re in a good spot,” said Dykes earlier this week, adding he intends to use all three QBs in games. “Obviously, Max Duggan has a significant résumé. He has played a lot of snaps in the last three years here at TCU and has played very well … Chandler is the same way. You look at some of the games he played in last year — he played exceptional. So they both have experience, and they both have done it.”

With that kind of firepower from the helm — Duggan has thrown for 5,920 yards in three seasons — and Dykes on the scene, the Horned Frogs will continue to showcase a pass-happy attack. And it could well be very happy Friday facing an inexperienced Colorado secondary.

It’ll be a running back-by-committee approach, including senior Emari Demercado, juniors Emani Bailey and Kendre Miller, and redshirt freshman Trent Battle, with Miller having had the best numbers last year — 623 rushing yards — behind the departed Zach Evans, who took his 648 yards to Ole Miss.

And it doesn’t hurt to have captain and center Steve Avila, who is on multiple award watch lists, anchoring a solid offensive line that is especially strong in the interior.

When Colorado Has the Ball

Quarterback decisions are still being made by the Buffaloes, as well. Dual-threat sophomore Brendon Lewis, who started every game last season, and junior JT Shrout are battling for the starting gig. And like Dykes, Dorrell said they will share time.

“There might be a point in time where either one of these guys we’re talking about might just end up just taking off and just taking over — sometimes that happens,” Dorrell told reporters in the lead-up to the game. “You just have to kind of judge it game by game and see how productive we are and rate them all.”

Dorrell’s rating of last year’s record caused him to clean house on offense, as he brought in coordinator Mike Sanford from Minnesota along with three other assistants on that side of the ball.

It would seem there’s nowhere to go but up for the Colorado attack, which was run-heavy last season and abysmal overall. The proof was in its inability to score, as the 121st-ranked team in the nation in that department with just 18.8 points per game. The Buffs were even more inept moving the ball, as their 257.6 yards per game was better only than New Mexico last season — and the worst mark in program history in 50-plus years.

That puts pressure on those who did return, including senior tight end — and last year’s leading receiver with 307 yards — Brady Russell, offensive linemen Frank Fillip, Jake Wiley, and Casey Roddick, sixth-year running back Alex Fontenot, and pass-catcher RJ Sneed, a transfer in from Baylor.

Another newcomer in the spotlight is three-star receiver recruit Jordyn Tyson.

But perhaps the Buffs offense can earn some quick confidence in lining up against what was a terrible TCU defense last year in allowing 461.8 yards per game (119th), although the early returns have pegged the Horned Frogs — anchored by senior linebacker Dee Winters — as up and coming. It’ll have to be if it wants that Big 12 title.

If the hype is true about TCU, despite a new regime, the Horned Frogs need to enjoy some confidence themselves in Week 1. And Dykes does have the feel for success after leading SMU to a 30-18 record in his time at the Dallas school.

“I really like our preparation,” Dykes said. “I think our players have been dialed in.”

That said it’s a lofty perch to turn a 5-7 team last year into a conference winner in 2022.

That mark wasn’t much better than what four-win Colorado put up last fall, although there does appear to be more to offer in Fort Worth than in Boulder, even if Dorrell is touting a .500 season for the Buffaloes.

Podcast: Week 1 Preview and Predictions + Betting and Picks Against the Spread