Last year, MSU made the southwest trip for a late kickoff, and lost the game in the Arizona desert by a final score of 16-13. The Spartans look to return the favor in their home stadium in 2019. It’s also time to avenge the brutal injury punter Jake Hartbarger suffered on a dead ball play — because punters are people, too.

Both teams are currently 2-0 and are looking to earn a key non-conference win before diving into conference play. Let’s find out what we’re getting into this week with this matchup:

Tale of the Tape

Holy offense! The Spartans exploded for 582 yards — the most since 2014 (662 yards against Indiana). It was the first time the Spartans surpassed 50 points since 2015 against Penn State. This was the kind of performance that the players, coaching staff and fans all needed to see to restore hope for the season. That said, Western Michigan was not a formidable foe and really struggled to defend the Spartans. Quarterback Brian Lewerke threw for 314 yards and three touchdowns (and one interception), redshirt freshman running back Elijah Collins broke out for 192 yards on the ground, and wide receiver Darrell Stewart Jr. had 10 catches for 185 yards and a score.

Elijah Collins’ 192 rushing yards were the most by a freshman starting running back in school history and the second-most overall by a Spartan freshman running back in a single game (Javon Ringer had 194 yards at Illinois in 2005).

206 people are talking about this

This is not what you would call an “impressive win.” Arizona State scored just 19 points against an FCS opponent at home. In fact, the Hornets actually had more first downs than the Sun Devils. However, Arizona State out-gained Sacramento State in terms of total yardage (395-305), rushing yardage (91-42) and passing yardage (304-263). Despite generating more yards on the ground, the Sun Devils really struggled to run the ball effectively with just a 2.45 yards per carry average. ASU’s defense was stout, however, allowing just 42 rushing yards and just 1.9 yards per carry. They also held the Hornets to just 5.26 yards per passing attempt.

The Sun Devils do have impressive special teams play, though, at both kicker and punter. 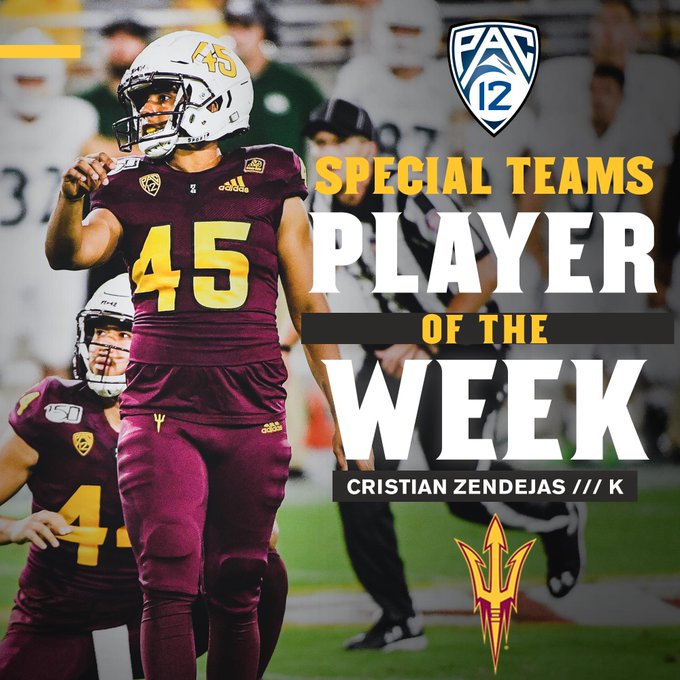 34 people are talking about this

Jayden Daniels vs. Michigan State defense : Arizona State true freshman quarterback is probably already having nightmares about Kenny Willekes, Raequan Williams and the Panasiuk brothers. Then he also has to face a linebacker unit that includes Joe Bachie, Tyriq Thompson and Antjuan Simmons. And then he needs to throw against the No Fly Zone. He also plays behind an offensive line that allowed five sacks to Kent State. This is not Sacramento State they’ll be facing. Daniels has been fairly efficient so far, completing nearly 63 percent of his passes for 588 yards, three touchdowns and zero picks, while averaging an impressive 11.5 yards per attempt. This will be his toughest challenge so far.